for a Mediterranean flavour hit 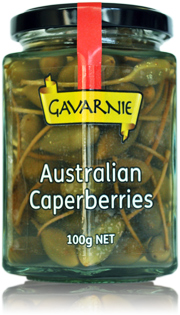 A delicious addition to any antipasti platter or a one-bite appetizer, Gavarnie Australian Caperberries are grown alongside our olives in Amphitheatre, Victoria, in the Pyrenees district, an ideal growing region with our acidic soils and dry climate.

Preserved in a light brine immediately after being picked to leech out the bitterness of the raw fruit, you’ll appreciate and return to our premium fresher Australian product compared to soft, vinegared imported varieties. 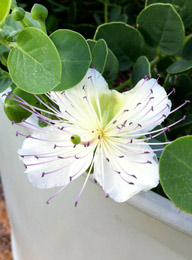 Caperberries are the fruit that forms on the caper bush after its flowering and fertilisation. On a long stem, they’re picked with the stem intact to make them an ideal finger-food.

Try Gavarnie Australian Caperberries as an interesting alternative to olives and pickles, in a pasta or salad. They’re also quite good for you too: Ayurvedic medical texts (traditional Indian medicine) suggest that they help relieve rheumatism and inflammation. 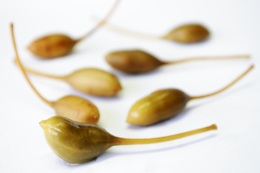